December marked the first time since the onset of the pandemic that prospective tenant numbers surpassed 2019 levels.  At the same time, the number of rental homes on the market fell by double-digit percentages in every English region outside London.  This has driven rental growth up significantly over the last three months to a point where rents are rising faster than house price growth in almost every region.

Over the last three months, annual rental growth rose from 1.4% in October to 3.0% in November and to 4.1% in December.  This is the fastest rate of rental growth recorded in more than four and a half years since July 2016.

Once again, all nine regions in England saw rents rise during December, with rental growth also turning positive in Wales.  Rents in London began to rise in November for the first time since the start of the pandemic, following eight months of falls.  And December saw growth jump from 0.3% to 1.6% in the capital.

However, rents in Inner London remain well down on last year, falling 11.5% between December 2019 and December 2020.  This is a slightly smaller decrease than the 12.7% year-on-year fall recorded in November. 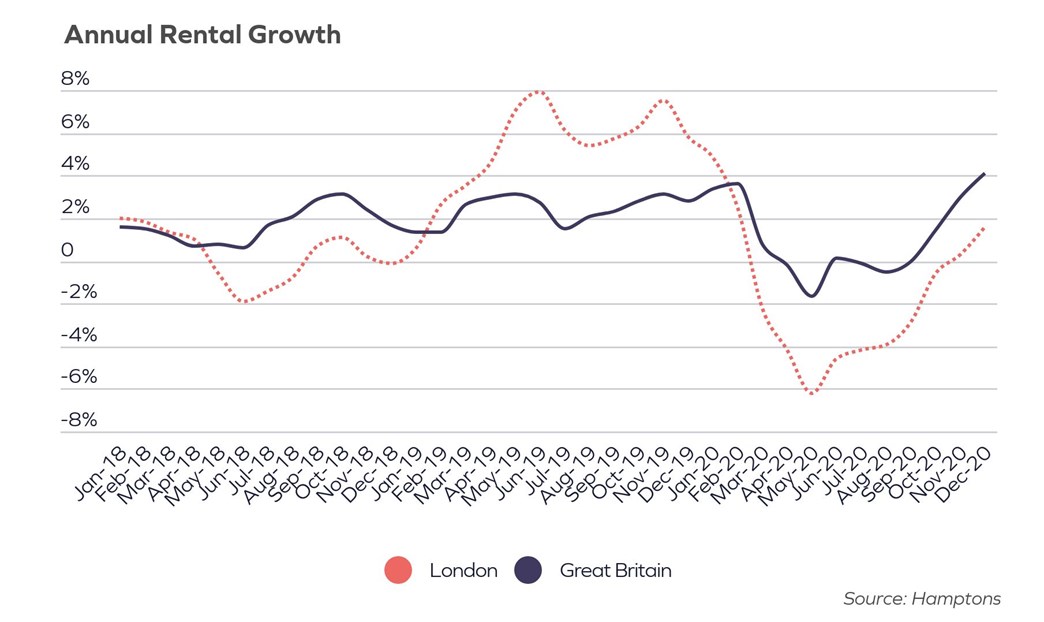 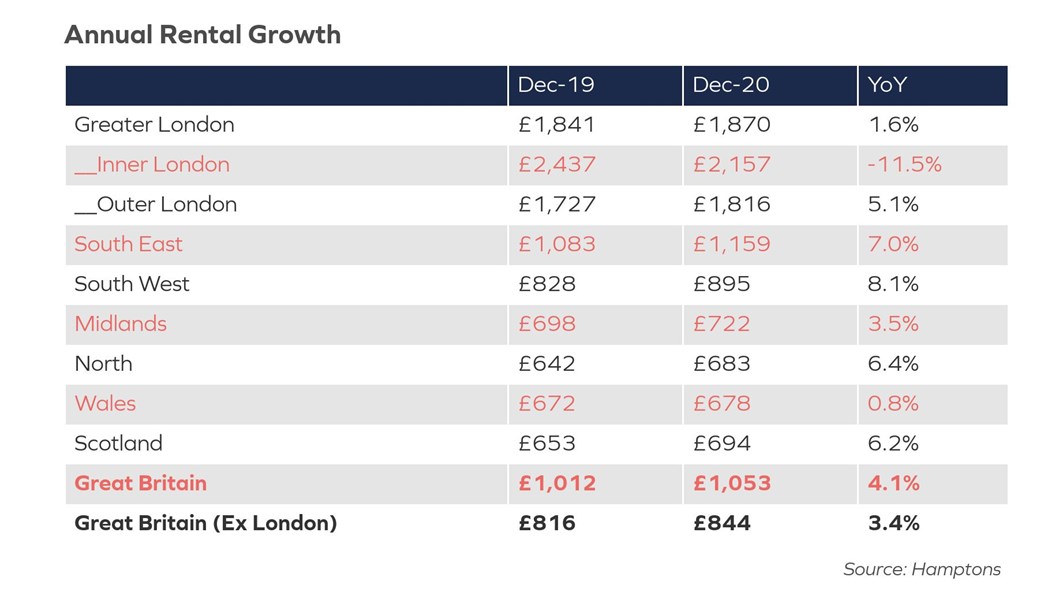